Indifference and democracy go together about as well as oil and water, which is not at all. Yet that is precisely where we we are today, far too may Canadians have checked out and no longer seem to care enough to even bother voting let alone get angry,even when they see wrongdoing on the part of the government or to be more precise the ruling party.

I keep telling myself and others to relax these things take time but I am rapidly coming to the conclusion that I have been wrong. I now fear that the apathy that infects Canadian is dangerously close to terminal.

I attended the Toronto rally for democracy on Sunday and to say I was disappointed in the turnout would be an understatement. While several hundred showed up given the gravity of the situation that crowd should have numbered in the thousands. As we marched to Old Cityhall we were met with looks of bewilderment and bemusement just as has been the case with the marches in which I have participated in the last year. So many either have no clue what robocon even is and of the ones who do many just merely shrug their shoulders and say oh well,  I wonder whats on the telly tonight.

This from The Star’s meagre coverage of the event displays this indifference in all its glory:

James Ho, an onlooker who watched the rally make its way up Yonge St., said he was wary of some of the government’s latest tactics, like the recently proposed online surveillance legislation, but he hadn’t really followed the robocall scandal.
“I just don’t want to see our tax money wasted on another election,” he said.

This is perhaps Harper’s greatest accomplishment, convincing enough Canadians that democracy is not worth the effort nor the expense. This more than anything, even robocon, has delivered his precious majority and abets his neoliberal and social conservative agenda

Okay now that I have that out of my system back to the ol grind of trying to convince people that democracy IS worth the effort and the expense because if we continue as we are we will pay a much higher and unimaginable price.

A little something to make you smile: 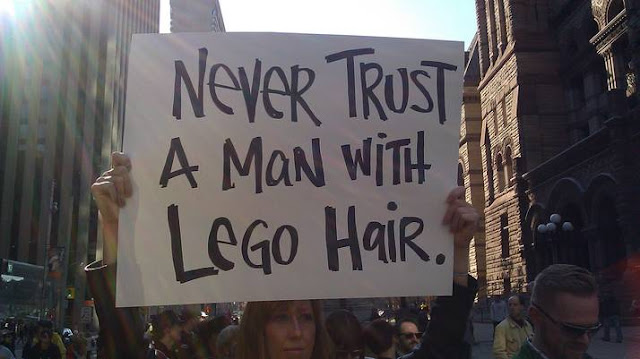