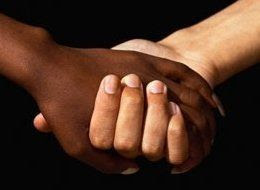 May 2011 – (AP) NEW ORLEANS A Louisiana justice of the peace said he refused to issue a marriage license to an interracial couple out of concern for any children the couple might have. Keith Bardwell, justice of the peace in Tangipahoa Parish, says it is his experience that most interracial marriages do not last long.
“I’m not a racist. I just don’t believe in mixing the races that way,” Bardwell told the Associated Press on Thursday. “I have piles and piles of black friends. They come to my home, I marry them, they use my bathroom. I treat them like everyone else.”
Bardwell said he asks everyone who calls about marriage if they are a mixed race couple. If they are, he does not marry them, he said.

And to those who are now thinking, ‘Well thats not the same thing as denying marriage to gays’ – respectfully, fuck you, its EXACTLY the same thing.