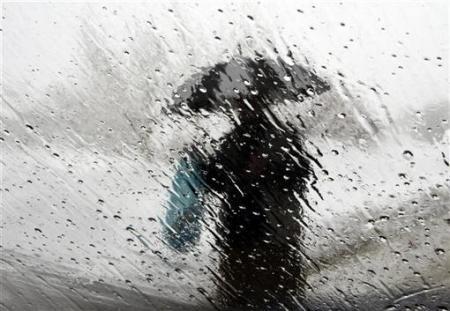 I don’t know where this doubt is coming from, but I’ve been having second thoughts about a lot of what I’ve been saying. Maybe all the sniping and backbiting and recrimination’s been more disheartening than I originally realized. Or maybe it’s just a little Sunday-evening angst for my inner drama queen.

What’s been gnawing at me is whether any of this is doing any good. Is there any evidence that the other side indulges in all this hand-wringing, soul-searching and second-guessing themselves? While they were in the wilderness, did they spend their time tearing strips off each other? Maybe I don’t read the right web sites, but I’d imagine not. And I don’t know what they say to each other in private, but I’d be willing to bet that whatever it is, they don’t air it in public the way some folks on this side of the aisle have been doing.

They are organized, focused, unscrupulous and above all, disciplined. Ruthlessly disciplined. And they’ve succeeded.

Scandals, lies, distortions and contempt. Doesn’t matter. Don’t know how much of it stuck to them, but it wasn’t enough. Whatever their faults, and there were plenty, they stuck to a well-thought-out strategy based on simplistic messages calculated to appeal to emotions rather than reason.

Throw the bums out.
Gravy trains.
People are tired of elections and bickering politicians.
Standing up for Canada.
Smears, personal attacks and contempt.

So it’s tempting, in that light, to forget all the high-minded dedication to principle, and admit that all my arguments about citizenship and civil discourse and obligation are just so much sanctimonious wankery. The logical extension of that, unfortunately, is to embrace Realpolitik – forget fairness and sportsmanship, and play just as dirty as the other side. It’s a nasty game. They have no problem swarming us, blindsiding us and kicking us when we’re down. It’s time we started doing the same.

But that’s got some disturbing implications as well. Doesn’t that drag us down to their level, and make us no better than them? Isn’t being more ethical, more conscientious, more principled the whole point of being progressive? If we’re no better than the other side, then what the hell are we doing?

The obvious rejoinder to that is: hey, be as righteous and moral as you like. Look where it got you. Impotent and irrelevant. The other side won because they were willing to play dirty. Slime, hypocrisy and appeals to the lizard brains work. You want to win? Go and do likewise.

Ah, but then: what does that say about how we think of our fellow citizens? The people whose support we need to earn? The people we need to persuade to get out and engage? The other side clearly thinks of them as disengaged, easily manipulated fools, and tailors its strategy accordingly. Are we willing to do politics, partisan or not, on the basis of contempt for our neighbours?

I’m sorry friends, it’s late Sunday night and I’m tired and I just don’t have an answer. I’m willing to consider the possibility that tactically, and even strategically, I’ve been wrong about all this. I’m open to suggestion.