The Alberta Liberal party placed an advertisement Wednesday inviting other progressive parties to talk about opportunities for cooperation. I spent a great amount of time campaigning in 2004 in Edmonton Glenora when a high profile NDP candidate and a high profile Liberal candidate took on a Progressive Conservative incumbent. One of the most overwhelming messages I heard on the doorsteps was a desire for the two progressive parties to get their acts together and to focus on the bigger struggle of doing what’s right for the province.

Ultimately there is a great deal of unrest with how politics is being done in Alberta and people are looking for alternatives. Many people are supporting the Wildrose Alliance Party for that reason alone (regardless of their ideological bend or policies). Others, like me, are a little more lost. I feel that party politics is part of the problem and I hope we can move past partisinship. That’s what I like about the Liberal ad and what I disliked about the NDP response.

The left wing has a branding problem in Alberta. So many Albertans have adopted “conservative” as part of their identity, regardless of politics and can not bring themselves to support the Liberals or the NDP purely because of their names. Dave Cournoyer has shown that both parties have become stagnant.

Progressives need to transcend labels and partisanship and begin talking about issues and hopes and dreams for the province.

At the last Reboot Alberta conference I started talking to people about who they were, why they were there, what it meant to be a progressive, why they loved Alberta and what their hopes were for making the province a better place. I recorded those conversations with the hopes of providing my blog followers with a look at who these people are. This summer I plan to share those profiles with you. With the Liberals starting the discussion, I think its a good time to start releasing these conversations. 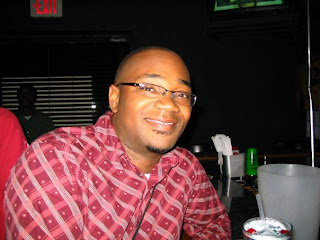 Today I want to introduce you to Chima Nkendirim.

Chima is a Calgary lawyer and spokesperson for the recently revived Alberta Party. In today’s podcast he discusses his inner geek, what it means to be a progressive and what hopes he holds for Alberta.