While Canadians by and large seem content to sleep through the entire CETA negotiations, uttering nary an objection to a deal that will severely compromise our sovereignty, ordinary Germans are turning out en masse to protest its dangers:

Demonstrators took to the streets of Berlin and six other German cities Saturday to voice their displeasure with pending trade deals, one between the European Union and Canada and another with the U.S.

The treaties they’re concerned with are the yet-to-be ratified EU pact with Canada, known as the Comprehensive Economic and Trade Agreement (CETA), and the EU’s Transatlantic Trade and Investment Partnership (TTIP) [the Canadian version is called the Trans Pacific Partnership, but carries essentially the same perils] deal with the U.S. that is still being negotiated.

While the deal between the EU and Canada has escaped the same scale of criticism and widespread outrage among the Canadian public, it continues to be a hot button political issue in Germany and one that protesters are hoping to stop from being ratified sometime in the fall.

In broad terms the critics say that CETA would give multinational corporations too much power within European Union markets and they object to a dispute resolution mechanism that has been proposed in the framework agreement.

This dispute resolution mechanism would allow companies to bypass national courts in both countries, allowing then to argue their cases in front of international arbitration panels instead.

Despite the fact that we have access to the same information about the dangers of these free-trade deals, few seem upset by the unbridled enthusiasm that both Justin Trudeau and his poodle Chrystia Freeland profess for them:

Despite Freeland’s rhapsodic recitation of the improvements that have been made in the CETA deal, a quick check of the facts reveals something quite different, unless motherhood statements and feel-good empty rhetoric are your thing. I would encourage you to read about these ‘improvements’ yourself under the pertinent sections, but here are a few highlights:

CETA includes a more robust voluntary mediation mechanism than has been included in Canada’s previous trade agreements. Mediation is a cost-effective and expeditious way to resolve disputes without the need for a third party to decide the outcome. When parties choose arbitration rather than mediation, CETA improves on the WTO dispute settlement mechanism by streamlining and shortening the process. In addition, CETA includes an accelerated arbitration procedure for cases requiring urgent resolution, such as those involving live animals and perishable or seasonal foods.

So in other words, the great improvements Freeland was extolling have nothing to do with changing what might come under dispute, such as environmental and labour laws, but only offers a faster and potentially cheaper way to resolve conflicts. There is nothing that protects our national sovereignty here, nothing that prevents the signatories from suing governments that enact legislation that may hamper the profits of corporations.

All in all, empty language that enables the Trudeau government to lie to Canada’s citizens. But at least our Prime Minister has a nice smile, perhaps something to dream about as we continue our long, collective snooze.

A very brief video, but a very important message about the dangers of the Investor-State Dispute Settlement mechanism that is a central part of the Trans Pacific Partnership, and something enthusiastically embraced, it would seem, by our ‘new’ governme…

END_OF_DOCUMENT_TOKEN_TO_BE_REPLACED 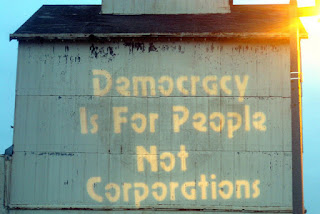 While our ‘new’ government continues upon the Harper neoliberal path, apparently never having met a free trade agreement it doesn’t like, one issue that never seems to be honestly addressed by either Mr. Trudeau or his most ardent acolyte, Chrystia Freeland, is the Investor-State Dispute Settlement provisions.

Thanks to always astute Toronto Star readers, this contentious issue is being kept in the public forum.

It seems if we look behind Prime Minister Justin Trudeau’s ‎”sunny ways” persona, we find he is perpetuating the agenda of the Harper government.

The hearings and meetings being held across the country are a sham, as the PM’s G20 remarks on European trade and the Trans Pacific Partnership ‎show the Liberal government is right in line with the Harper regime, promoting flawed so-called trade deals like the Trans-Pacific Partnership.

Consultation with Canadians on the TPP has consistently raised concerns and objections over the same issue that concerns Europeans – the Investor State Dispute Settlement (ISDS) clauses that give corporations power above that of the federal government and bypass our judicial court system‎.

The PM states that Canadians are largely supportive of international trade, but, like Stephen Harper’s omnibus bills that contained lots of hidden, usually objectionable, legislation, the TPP is only partly concerned with trade.

Justin Trudeau seems intent on ignoring Canadians concerns over increased corporate powers as well as the relatively toothless and unequal protections the TPP offers for workers’ rights and the environment‎.

He misleads Canadians by characterizing those who are opposed to the “hidden” aspects of the TPP (and the Comprehensive Economic and Trade Agreement, or CETA) as being “anti-trade.”

In this respect, he is simply following in Stephen Harper’s shoes, albeit with a sunnier disposition, placing corporate interests above those of the Canadian people.

What is missing in this news report is that most people, in fact most Americans as well as Canadians, are not against the enhancement of international trade. They are against the dispute settlement mechanism (ISDS) that is included in most trade agreements, which requires dispute settlement by non-governmental arbitration panels.

Historically these are loaded toward corporations that sue sovereign governments, which are legislating on behalf of their citizens. Abuse of this system abounds, for example tobacco companies suing Uruguay for loss of income due to anti-smoking campaigns. They lost that one in the end but the inhibition of social (and environmental and labour) programs, and the cost to governments in worrying about and fighting such “disputes” so that corporations can do international business unfettered, is inexcusable. Much of the opposition to recent draft trade agreements such as CETA by social democratic countries in Europe is for this reason.

Apparently, Justin Trudeau is going to continue the foolish initiative of Stephen Harper and grant investor protection rights to powerful corporations in order to sign CETA, the Canada-Europe trade deal. These rights would allow foreign companies to sue the Canadian taxpayers for billions of dollars if our elected Parliament passes laws regarding, for example, the environment, health or financial regulations, that adversely effect their bottom lines.

What twisted ideology would inspire any thoughtful politician to undermine our democracy in this way? That Justin would even consider this trade-off is proof that corporations already possess too much power. And these are the same corporations that protect billions of dollars through tax avoidance and evasion.

Stop this madness. Mr. Trudeau, please refuse to sign any trade deal that would erode our sovereign rights.

In addition to the above letters, there is a wealth of information readily available demonstrating the folly of embracing deals that elevate corporations over citizens. What happens next is up to all of us.

The updated agreement on internal trade, which had been moving along nicely, has hit a snag. Negotiators had wanted to open up all government procurement (meaning, not allowing any preferential treatment for local contractors). Alberta has asked to be allowed to require 20% local employment in government procurement. The other feature that is particularly troublesome is […]

END_OF_DOCUMENT_TOKEN_TO_BE_REPLACED

On June 16th the House Committee on International Trade held its 27th meeting about the Trans-Pacific Partnership. The Canadian Labour Congress, the Canadian Association of Research Libraries, Scott Sinclair, and Gus Van Harten were all in Ottawa to tell parliamentarians just how bad the Trans-Pacific Partnership would be for Canada. We outlined the limitations on […]

END_OF_DOCUMENT_TOKEN_TO_BE_REPLACED

The fine folks at the Institute for Research on Public Policy have undertaken an important and eclectic review of Canadian trade policy. They have marshaled 30 contributions from researchers addressing all aspects of Canada’s recent trade performance, and how we can improve it. The contributions will eventually be published in a single volume, Redesigning Canadian […]

END_OF_DOCUMENT_TOKEN_TO_BE_REPLACED

Despite the rhetoric by our political and corporate overlords about the wondrous benefits of free trade, multitudes of people on both sides of the border are becoming increasingly aware of its true costs.In today’s Star, readers weigh in with their usu…

END_OF_DOCUMENT_TOKEN_TO_BE_REPLACED

This week, Internet and e-commerce law expert, Michael Geist, concluded his illuminating 50-day series on the “trouble with the Trans Pacific Partnership (TPP)” by presenting a compelling case against Canada ratifying the trade agreement.
The post Mich…

END_OF_DOCUMENT_TOKEN_TO_BE_REPLACED

Given that the government of Justin Trudeau is in favour of trade deals such as the TPP, its approval seems a foregone conclusion, despite its many grave potential drawbacks:For a fuller discussion of the above graphic, please click here for both text …

END_OF_DOCUMENT_TOKEN_TO_BE_REPLACED

My friend and fellow #cdnecon tweeter Mike Moffatt has published a thought-provoking commentary regarding the impact of the proposed Trans Pacific Partnership (TPP) on Canada’s auto industry. Specifically, Mike engages critically with previous arguments I have made (on this site and elsewhere) that the TPP, as currently negotiated, could result in the ultimate loss of […]

END_OF_DOCUMENT_TOKEN_TO_BE_REPLACED

The federal government has confirmed that it intends to sign the controversial Trans-Pacific Partnership trade deal at a meeting next week in New Zealand.But that doesn’t mean the Liberal government will ultimately ratify the 12-country treaty, Interna…

END_OF_DOCUMENT_TOKEN_TO_BE_REPLACED

TransCanada’s lawsuit against the US over President Obama’s rejection of the Keystone XL pipeline reminds us how many of our rights free trade agreements give away, says 350.org.
The post 350.org Responds to TransCanada’s NAFTA Lawsuit over Keystone…

END_OF_DOCUMENT_TOKEN_TO_BE_REPLACED

The 5,000-page TPP agreement “is literally in climate denial” while expanding the rights of corporations, argues Ben Lilliston, the director of climate strategies at the Institute for Agriculture and Trade Policy. The post Climate denial in the TPP trade agreement appeared first on The Canadian Progressive.

END_OF_DOCUMENT_TOKEN_TO_BE_REPLACED

With an agreement reached on the Trans Pacific Partnership, the 12-member trade and investment treaty, opinions began swirling about what the deal means for the future of Canada. Plenty of facts have been bandied about in an effort to clarify the TPP’s significance: 12 Pacific Rim countries, 800 million people,

END_OF_DOCUMENT_TOKEN_TO_BE_REPLACED

My piece on the mainstream media’s trade deal boosterism was published at Ricochet yesterday. Canada’s media have heaped fawning praise on the Trans-Pacific Partnership, the biggest free trade and investment deal in years. Rather than raising questions and red flags over a secret deal with mixed impacts, our media has been

END_OF_DOCUMENT_TOKEN_TO_BE_REPLACED

I was not planning to write about the Trans Pacific Partnership deal gleefully announced by Mr. Harper yesterday, trade and economics not being my strong suits. However, looking at the overall details of what it entails prompts me to make an observation. First, a few of the details: Beef and

END_OF_DOCUMENT_TOKEN_TO_BE_REPLACED

The Conservative party of Canada is clearly playing into fear, xenophobia and racism as a way to win votes, as its “War on Terror” narrative, its racial baiting and its new snitch line show. This is sickening. Mind you, the Liberals and NDP have eerily similar agendas to the Conservatives

END_OF_DOCUMENT_TOKEN_TO_BE_REPLACED

H/t The Toronto Star While our prime minister claims, when attacking the niqab, that Canadians hold openness and transparency as societal values, he is happy to keep us in the dark about all of the secret negotiations going on to conclude the highly controversial Trans Pacific Partnership Agreement, leaked elements