I got an advance copy of Gender Failure, by Ivan E. Coyote and Rae Spoon. It’s not quite available in the stores yet, but it’s coming soon and I urge you to get yourself a copy. It’s an extraordinary book. I loved the show Gender Failure so I knew before

END_OF_DOCUMENT_TOKEN_TO_BE_REPLACED

Waiting impatiently all morning and now part of the afternoon, for the paper copies of the new cat book to arrive. Well, here it is. 20 altogether. Only 20 in the whole world. http://samupress.blogspot.ca/2013/10/the-more-22-cats-books.html Filed under: art, book, goods

END_OF_DOCUMENT_TOKEN_TO_BE_REPLACED

20 monsters ebook Now with the release of Mavericks, and iBooks installed on every such Mac, the ebooks I’ve put up at iTunes are also available on your Mac. 20 Monsters is free. Filed under: art, book Tagged: ebook, monsters

END_OF_DOCUMENT_TOKEN_TO_BE_REPLACED

Literary fiction, not popular fiction, can make people better understand one another according to a new study. Because literary fiction (i.e. books not for sale at airports) focuses on the psychology and inner life of the characters it gives people a window into the thoughts of others that aren’t covered

END_OF_DOCUMENT_TOKEN_TO_BE_REPLACED

During a California wildfire rescue workers ran out of crates to place rescued animals, forcing them to put a fawn and a bobcat kitten in an office together. When they got back they found that fawn and the bobcat cuddling and the pair became inseparable.   Yes, compassion,

END_OF_DOCUMENT_TOKEN_TO_BE_REPLACED

The idealized version of the American suburb has spread around the world and can be found in nearly every country. The banality of the spread has been ignored by artists, at least that’s the feeling of Martin Adolfsson who set out to document this changing global landscape. For example, it’s

END_OF_DOCUMENT_TOKEN_TO_BE_REPLACED

I’m uploading just now, an updated version of the 100 cats eBook to the iTunes book store, with over 40 new drawings, and an animation file. Keep your furry toes crossed that all goes well. Filed under: art, book, iPad Tagged: 100 cats, cats, ebook

END_OF_DOCUMENT_TOKEN_TO_BE_REPLACED

The IEEE Spectrum recently interview William Meyer who is the author of the book The Environmental Advantages of Cities: Countering Commonsense Antiurbanism. The book’s central thesis is that we need to change the discourse around cities from a negative one to a more positive conversation about the efficiencies of cities

END_OF_DOCUMENT_TOKEN_TO_BE_REPLACED

Hello, all you phenomenal followers of Polygonic, who’ve put up with both my obtuse rants and my long, long silences with absolute aplomb. Your stamina and support bends my actual mind. I wanted to just update you on new projects (and, as the title suggests, new horizons as well… well,

END_OF_DOCUMENT_TOKEN_TO_BE_REPLACED

Hello, all you phenomenal followers of Polygonic, who’ve put up with both my obtuse rants and my long, long silences with absolute aplomb. Your stamina and support bends my actual mind. I wanted to just update you on new projects (and, as the title suggests, new horizons as well… well,

END_OF_DOCUMENT_TOKEN_TO_BE_REPLACED

The book Learned Optimism: How to Change Your Mind and Your Life by Dr. Martin Seligman is not new, but it is to me. For others who have not heard about it before, it looks like an uplifting read. The central thesis of the book is to essentially learn what

END_OF_DOCUMENT_TOKEN_TO_BE_REPLACED 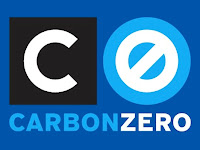 Alex Steffen, the man behind the excellent inertia defying and inspiring WorldChanging blog, has just released his new book.

Carbon Zero: Imagining Cities that can Save the Planet is a short punchy introduction to some of the most important ideas that are shaping how we are thinking about, and creating, green cities.

I worked with Alex on (the now sadly defunct) WorldChanging, and I also had a chance to give some feedback on early stages of CarbonZero. After almost two years of work the book is done, and it’s a real success.

Look at what discussions of “green cities” focused on in the 1990s and compare that to today and you’ll see a huge shift. We’ve gone from talking about one-off projects (think LED traffic lights) to complex and interconnected visions of cites that are simultaneously livable, efficient, and productive (economically, socially, and environmentally).

It’s been an exciting transition, and one that (finally) is getting us closer to realizing the transformative potential of city-regions. Anyone wanting a quick but still insightful flyover of this new way of looking at urban sustainability should take a look at CarbonZero.

The full text is up over at Grist, and you can also buy the digital version here.

Cities in the age of climate consequences: ‘Carbon Zero,’ chapter 1

On Monday the 29th of October, 2012, a tidal surge 13.9 feet high (the highest ever recorded) washed up and over the waterfront in Lower Manhattan, pushed forward by the superstorm Sandy. That same week, the storm destroyed large swathes of coastline from the New Jersey shore to Fire Island, while driving torrential rains, heavy snows, and powerful winds inland across the eastern U.S. and Canada. By the time the storm blew out, it had killed more than 100 Americans, made thousands homeless, left millions without power, and caused at least $50 billion in damage. Sandy was, by any reckoning, one of the worst natural disasters in American history.

Maybe, though, the word “natural” belongs in quotes. Because what was surprising about Sandy wasn’t that it happened (indeed, many had predicted that rising sea levels and storms intensified by warmer oceans would make something like Sandy inevitable), but that it was seen so clearly, and so immediately, for what it was: a forewarning of what a planet in climate chaos has in store for us.

Sandy was far from the first sign that climate change is here — scientists have been warning for decades of the dangers of a heating planet, and in the last 10 years we’ve seen a flurry of unprecedented storms, droughts, floods, melting glaciers, and wildfires, as well as record-breaking heat waves following one after another. Sandy, though, knocked down walls of denial and inattention that have kept us from admitting what’s happening to our world.
What’s happening is that we’re losing the climate fight. Climate change is here, it’s worsening quickly, its effects are more dire than many thought they would be, and — if we continue with business as usual — we’re on a track to unleash an almost unimaginable catastrophe on ourselves, our children, and our descendants.
“Part of learning from [Sandy] is the recognition that climate change is a reality,” said New York Gov. Andrew Cuomo at the time. “Extreme weather is a reality. It is a reality that we are vulnerable.” He added later, ”Anyone who says there is not a dramatic change in weather patterns is denying reality.”

Our choice: “extremely dangerous” or “catastrophic”

To not warm the planet at all no longer remains an option. The Earth is already dangerously hotter than it was before the Industrial Revolution.
We used to think that warming up to 2 degrees C fell within a sort of “safe zone,” where we could expect change but not crisis. But in a world we’ve warmed only by about 1 degree C above the historical baseline, we’re already seeing massive climate impacts across the planet. These unexpected impacts, along with new projections from ever-improving climate models, tell us that the climate is not nearly as forgiving as we’d like it to be. As the Tyndall Center for Climate Change Research’s Kevin Anderson puts it, “1 degree is the new 2 degrees.” Two degrees, meanwhile, now appears not just dangerous, but extremely dangerous.

It’s not too late to avoid catastrophe

If that were the end of the story we could all just start drinking now. Hell, I’d buy the first round. But it’s not. We still have a choice. We still, just barely, have the option of choosing to limit warming to 2 degrees and then working hard to restore the climate once we’ve stabilized it. We can, yet, pause at “extremely dangerous” and pull back from the brink of chaos.

Alex Steffen, the man behind the excellent inertia defying and inspiring WorldChanging blog, has just released his new book. Carbon Zero: Imagining Cities that can Save the Planet is a short punchy introduction to some of the most important ideas that are shaping how we are thinking about, and creating,

END_OF_DOCUMENT_TOKEN_TO_BE_REPLACED

Alex Steffen, the man behind the excellent inertia defying and inspiring WorldChanging blog, has just released his new book. Carbon Zero: Imagining Cities that can Save the Planet is a short punchy introduction to some of the most important ideas that are shaping how we are thinking about, and creating,

END_OF_DOCUMENT_TOKEN_TO_BE_REPLACED

Early political engagement is a hot button topic for a number of us here at Politics ReSpun. As parents and/or political animals, we spend a lot of time  contemplating methods of public engagement that would draw youth into political culture, and foster both interest and comprehension of sociopolitical events. Apathy