During last weekend’s Conservative Party convention, interim leader Rona Ambrose suggested that Justin Trudeau was not our first “female” Prime Minister, but that that distinction went to Kim Campbell.It was met with a round of applause, resonating wit…

END_OF_DOCUMENT_TOKEN_TO_BE_REPLACED 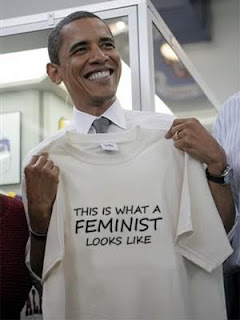 During last weekend’s Conservative Party convention, interim leader Rona Ambrose suggested that Justin Trudeau was not our first “female” Prime Minister, but that that distinction went to Kim Campbell.

It was met with a round of applause, resonating with the conservative crowd, but not so much with the Canadian public, who saw it as just another opposition cheap shot, born of envy.

She would later deny she said it, or claim that her comment was misinterpreted, but we’ve seen the video.  There’s no backing out now.

In fact, for the new generation of millennials, it’s more about sexism in general, not just women’s rights, which they already enjoy.  Income inequality is still an issue, but they will find the solution, and they will do it because it just makes sense.

Looking at the U.S. Primaries, when the country seems poised to elect their first woman president, it should not be such a shock to anyone that the majority of young women plan to vote for Bernie Sanders, rather than Hillary Clinton. They don’t care about gender, but that Sanders has a better understanding of the problems that impact their lives, while Clinton represents “the establishment.”

In Ambrose’s speech, she lauded previous women Conservative trail blazers (none of whom belonged to her party which was formed in 2003).  However, to millennials, these names or their accomplishments would mean little.  They don’t have to look to female leaders of the past.  They see female leaders everyday, and that’s a good thing.  It means that women of my generation have done our jobs.

What they heard from Ambrose would sound like words from the parents in the Peanuts cartoon: “mwa-mwa-mwa” 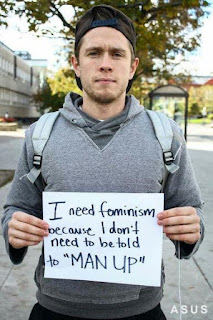 In the United States millennials now outnumber baby boomers, and in Canada, they now represent the majority in the workplace.

The media and politicians, must adapt to this new reality or step aside.  Of course Trudeau won the “elbowgate” debate.  He was having “a dad moment”.  Young parents could relate.  But modern feminists could not relate to the aftermath.

Pierre Elliot Trudeau came along at the right time, as we baby boomers were coming of age.  We were also anti-establishment and viewed his antics through a different lens than the media and his political opponents.  The same is happening today with his son.

At the Conservative convention they have now embraced the baby boomer generation, even quoting PET’s famous remarks about staying out of the bedrooms, but it’s half a century too late.  We’ve moved on.

Our children and grandchildren did not grow up with the aproned women chained to the kitchen.  They grew up with us.

Now it’s time for the media and members of the opposition parties to just grow up.

END_OF_DOCUMENT_TOKEN_TO_BE_REPLACED

During last weekend’s Conservative Party convention, interim leader Rona Ambrose suggested that Justin Trudeau was not our first “female” Prime Minister, but that that distinction went to Kim Campbell.It was met with a round of applause, resonating with the conservative crowd, but not so much with the Canadian public, who

END_OF_DOCUMENT_TOKEN_TO_BE_REPLACED

Baby Boomers are just like their parents – they complain about all the problems they think the youth are causing (as if it’s the youth fault the planet is experiencing irreversible climate change and the economy was maladjusted a few years back). The older generations often accuse younger people to

END_OF_DOCUMENT_TOKEN_TO_BE_REPLACED

A new scientific truth does not triumph by convincing its opponents and making them see the light, but rather because its opponents eventually die, and a new generation grows up that is familiar with it.    (Max Planck) The big problem with the latest Quebec general election is that once

END_OF_DOCUMENT_TOKEN_TO_BE_REPLACED

The banking system is reeling from admissions by senior bankers that they acted in concert with other bankers to fix the setting of the interbank interest rate (LIBOR), so as to make dishonest profits. The BBC is running a series of shows on the culture of corruption that crept into

END_OF_DOCUMENT_TOKEN_TO_BE_REPLACED

Is there a Baby Boomer so dim in this land of rackets and swindles who thinks that he or she will escape the wrath of the Millennials rising? The developing story is so obvious that only an academic economist could fail to notice.  – James Howard Kunstler, Democratic Underground This

END_OF_DOCUMENT_TOKEN_TO_BE_REPLACED

I was lucky enough to hear TEDx Vancouver when it was livestreamed in October. I knew then that I wanted to post Dr. John Izzo’s talk as soon as it was available on the internet; so here it is, The Defining Moment For A Generation-in-Waiting: A provocative and passionate public

END_OF_DOCUMENT_TOKEN_TO_BE_REPLACED

CBC’s Peter Mansbridge coulda bin a contender: Salutin: As a follow-up to my post about former fluff broadcaster and current fraud artist Mike Duffy, here is a link to a Rick Salutin column about the fluffy news reader Peter Mansbridge, and about the decline of CBC news in general. As