It was just a horrible coincidence, albeit a bloody one.But only hours after I ran this post with the picture of Donald Trump brandishing an AR 15 rifle. The same weapon was used to slaughter a large number of high school students in Florida. A heavily armed young man barged into his

END_OF_DOCUMENT_TOKEN_TO_BE_REPLACED

I began sipping my Sunday morning coffee, when upon opening my CBC app, I was confronted with the headline: “Mass Shooting in Florida, 50 Dead, 53 Injured.” Suddenly, my coffee didn’t taste very good anymore; it became bitter and left a feeling of u…

END_OF_DOCUMENT_TOKEN_TO_BE_REPLACED


I began sipping my Sunday morning coffee, when upon opening my CBC app, I was confronted with the headline: “Mass Shooting in Florida, 50 Dead, 53 Injured.”
Suddenly, my coffee didn’t taste very good anymore; it became bitter and left a feeling of unease in the pit of my stomach.

This feeling did not happen because of the fact that another shooting had just been committed in the United States, no, those seem to be happening on a weekly basis as of late. The feeling developed, because as soon as my eyes glanced on the headline, I knew that someone had taken an AR-15 and used it on a group of innocent people in order to address some kind of hate or vendetta against society. I hadn’t even read the article yet and I knew the gun utilized by the person and that made me sick, because it seems that no matter how many bodies are counted, families destroyed and minority groups targeted, Americans still believe they do not have a gun problem.

The needless massacre at a nightclub in Orlando, that also happened to be a favorite spot of the areas LGBT community was more than just an example of America’s problems with guns however. I love how the media feels the need to emphasize the fact that this nightclub was a gay nightclub, as if to say it was the sovereign state of homosexuals, where no one else could join. The reality of the matter is that the opposite is the truth; this social location accepted everyone into a safe environment, which made it the perfect target.
Omar Mateen was supposedly a follower of ISIS, but unlike foreign entities coming into the country to wreak havoc, this individual was a natural born American.

His religion and his beliefs coupled with the mental illness of Bi-Polar Syndrome seem to be the catalysts that allowed his beliefs to become reality.
The media quoted a family member, who stated that the sight of two men kissing enraged Omar.
Why would this be though? Did the men motion to have him kiss him? Were they trying to impose their way of life on his or come to his home or mosque to enforce the importance of kissing members of the same sex?

When someone chooses a location to stage their protest or make a stand, it will often time carry with it a significance that enforces the beliefs of the actor. In the case of the nightclub, one must question why a young man with strong ties to Islam and also suffering from a mental illness, would choose this night club out of any other areas in the city that might prove significant to the LGBT community?

Was Omar really that bigoted against the LGBT community? Was he attempting to change his approach to Jihad against America and thought that targeting a minority, much like his own group, would instill the necessary fear to get his message across? Did he leave any documentation or even a manifesto that supported his allegiance with ISIS?

Or was this act the result of a man greatly confused and torn between his own desires and the requirements of his religious faith. Was Omar Mateen truly disgusted by the fact that two men were kissing or was he in fact angered because they could never kiss him? 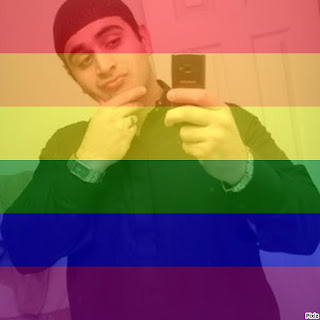 Was a man who may have been questioning his own sexuality, put into a position that forced him into choosing to live the life you want and isolate yourself from your faith or follow your faith, but deny yourself the identity you truly are?

This wouldn’t be the first time in history that someone who was confused or torn took to the method of lashing out against the very group they so longed to be apart of, when reality reinforced the fact that they could never truly be free.

The Political Road Map relies heavily on the discussion of our political realm and its impact on our daily lives, but what it also indirectly does is allow you, the reader, to map out your own life and how it interacts with our society.

If you find yourself in a position of isolation, of feeling lost without direction, because either your own group or the society you live in is headed in such a drastic direction how would you react?

Could the same consequences have been accomplished here in Canada?

They could have, but they would have been much more difficult and would have been illegal from the start. The AR-15 is to the Americans, what the AK-47 was to the Soviet Union. It is an easily user-friendly gun that can be built rather cheaply and sold en mass. When coupled with the right intentions, it can wreak havoc on both civilian and enemy with little difficulty.

America’s gun problem is that it allows these weapons of war to be made readily available for every house mom and working stiff with the right amount of zeroes on a cheque. Combine this with the bigotry that comes from the religious right and it is unfortunately no surprise that acts like this are being committed more frequently.

In closing, I ask that you forget about the fact that Omar Mateen pleaded his allegiance to ISIS before the attack, because this kind of hate toward LGBT individuals is not solely committed by radical Islam, but by fundamentalist Christians, Catholics and even non-religious idiots alike.

Remember the victims of this tragedy and look forward with hope and love in order to avoid such an event from happening again. More importantly though, remember the perpetrator as someone who is not a hero of infamy, but an individual who will go down in history as a confused and possibly sexually challenged individual, who did not get the required help before acting out. 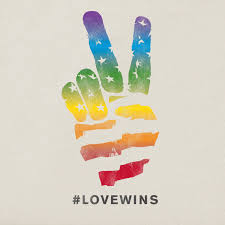 END_OF_DOCUMENT_TOKEN_TO_BE_REPLACED

I began sipping my Sunday morning coffee, when upon opening my CBC app, I was confronted with the headline: “Mass Shooting in Florida, 50 Dead, 53 Injured.” Suddenly, my coffee didn’t taste very good anymore; it became bitter and left a feeling of unease in the pit of my stomach.

END_OF_DOCUMENT_TOKEN_TO_BE_REPLACED

This morning on Fox News: WALLACE: What about… a weapon that can fire a hundred shots in a minute? SCALIA: We’ll see. Obviously the Amendment does not apply to arms that cannot be hand-carried — it’s to keep and “bear,” so it doesn’t apply to cannons — but I suppose