END_OF_DOCUMENT_TOKEN_TO_BE_REPLACED

So the real costs of the F-35 program continues to make news, while from the opposition we hear calls for the resignation and/or firing of the Defense Minister who is described by Liberal House leader Marc Garneau as being, “…either incompetent or not too bright!” I don’t see why it’s an either/or situation. It could be both. I’ll admit it also could be neither. Perhaps the Minister simply lied. Those numbers are pretty much the same as the ones the PBO announced them back in March of 2012.

So where are the media at currently on the issue of the over-priced F-35 First Strike Fighter Jets replacing the soon to be mothballed CF-18’s? Well, over at Canada’s National Newspaper, J.L. Granastein makes a really poor argument that these jets aren’t just shiny new toys for the military by… talking about all the neat gadgets we get if we buy the F-35:

We might be involved in coalition air operations, and the F-35 could fill that role, both as a strike aircraft and as an interceptor. Its stealth technology – and a host of additional high-tech wonders – make it potentially the best fighter available anywhere for the next quarter-century, and that explains why so many countries want to purchase it.

There’s a lot wrong with his argument for procurement of these first strike weapons, number one of which is (aside from spending exorbitant amounts of Canadian taxpayers money) the idea of always being at the ready to join the Americans in bringing war and destruction to the Middle-East instead of doing something useful like say, peace-keeping. Also the Canadian press is doing its standard crappy job of informing Canadians about the Tory wish list of other toys for the military over the next 6 years. That’s gonna’ cost upwards of $115 Billion. Health care anyone? 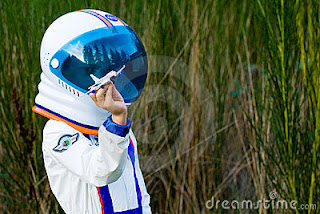 So yesterday I’m having sport at the Tories expense about their lack of a jobs for youths strategy, which they’ve gone and made worse during the current economic downturn by cutting funding for Katimavik. So I open the morning’s local fish-wrap and behold the Conservatives are announcing $27 million dollars worth of spending on… yeah, a youth jobs program. Well good, I think to myself. It’s something anyhow. Right? Wrong!

The $26.7-million, a mix of previously committed and new money, is earmarked for eight projects. The biggest beneficiary is the YMCA of Greater Toronto, awarded 90 per cent of the money. Nearly $9-million of this will be used over the next three fiscal years to bankroll and administer the Y’s youth exchanges program.

So most of this money (90 %) is going to be spent in Toronto. Students looking for a leg up in finding a job in other parts of Canada are on their own.Canada’s Tories are nothing if not short-sighted.

Speaking of which, guess what government department is getting hit hardest by Harper’s budget cuts: …the Canadian Food Inspection Agency and Agriculture Canada will be among the hardest-hit departments as Ottawa rolls out where it will cut 19,200 jobs across the country. What could go wrong with that?

David Suzuki writes about the Gulf of St. Lawrence, its importance to our Canadian identity and the legislative changes made by the governing Tories that will have serious repercussions for the health of marine environments in the Gulf of St. Lawrence. (i.e. ‘…gutting the Fisheries Act by stripping down habitat protection provisions, and it plans to amend the Canadian Environmental Assessment Act in a way that would make it easier for mining and oil companies, for example, to jump through regulatory hoops and get projects up and running faster than the time required to evaluate all their impacts on nature.’)

And wrapping this up this wee post, here in Quebec, students are holding rolling protests today in their latest salvo against planned tuition hikes. They hope to finish the day having held 12 different demonstrations in various parts of Montreal. I wonder who blinks first, the premier or the students?