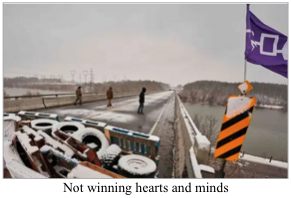 If the objective of those protesting the construction of the Coastal Gaslink pipeline through Wet’suwet’en territory was to bring attention to the issue, they have certainly done that. If their objectives were to gain support for reconciliation and opposition to the pipeline, they appear to not only have failed but achieved the opposite.

A survey published by Angus Reid reports that 80 percent of Canadians feel that reconciliation has been negatively affected, and support for the pipeline has risen over the last two weeks from 51 percent to 61 percent. Almost 80 per cent also believe the blockades have hurt (Read more…) reputation as a place for investment.

As to ending the blockades, Canadians are split. Half say use patience and half say use whatever force is necessary. NDPers overwhelmingly support the former and Conservatives the latter.

Few have much good to say about the politicians. Only one-in-five Canadians say the Prime Minister has handled the situation well. He isn’t alone. Only 18 percent of British Columbians feel Premier Horgan has done a good job. Premier Kenney, however, did get the support of most Albertans.

The poll results aren’t surprising. While I suspect most Canadians believe peaceful protest is a healthy part of democracy, most find the use of force unacceptable. Blockading railroads and burning tires simply crosses the line. And, as Angus Reid’s survey demonstrates, they can produce contrary consequences.