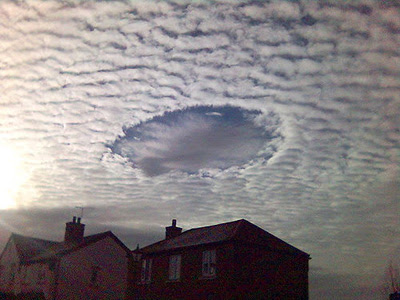 Reassuring to know that just as Peter Kent decides to cut back on the ozone monitoring network in the Arctic, this happens. Too bad Canadians are not being permitted to educate themselves over this bit of startling news. Another scientist muzzled.

Environment Canada scientist David Tarasick, whose team played a key role in the report published Sunday in the journal Nature, is not being allowed to discuss the discovery with the media.

Environment Canada told Postmedia News that an interview with Tarasick “cannot be granted.” Tarasick is one of several Environment Canada ozone scientists who have received letters warning of possible “discontinuance of job function” as part of the downsizing underway in the department.

In Sunday’s report Tarasick and his colleagues say the “chemical ozone destruction over the Arctic in early 2011 was — for the first time in the observation record — comparable to that in the Antarctic ozone hole.”

It also highlights the importance of Environment Canada’s ozone networks, which scientists have warned could be drastically reduced. Department officials say ozone monitoring will continue but will be “streamlined” to eliminate “redundancy.”

I guess the message here is that it’s better for Canadians not to know what the Conservatives are trying so hard to deny. The Daddy State in action.